About the only thing we love more than writing and getting published, is having our students make it into print. ​

​NEW YORK WRITERS WORKSHOP IS PLEASED TO ANNOUNCE THESE PUBLICATIONS BY OUR STUDENTS: 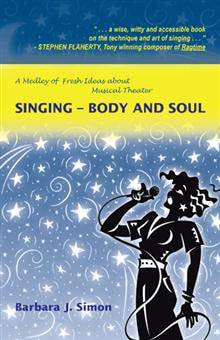 Singing–Body and Soul is for the young singer, to help you discover how your voice, body and mind work together. The voice has the most exciting sound when a singer is between 20 to 25 years old, when "desire" starts to ride on the sound, and helps you stand out at an audition. By then, you already need years of singing experience in order to make the most of your opportunities. That means learning about your voice early–at 14 years old or younger. Singing–Body and Soul offers new guidance for developing your singing, including artistic and scientific descriptions, and song lyrics to illustrate states of mind. More storytelling than classroom lecture, with quotes and references from Charlie Brown, Albert Einstein, and Dr. Seuss, Singing–Body and Soul can help you understand your voice in new ways.
​
"I almost canceled out of the October 2008 NYWW, opting to stay home, clutching my available cash.  I went anyway – it was my best decision that year.  Richard Goodman helped me rework the target audience of my book Singing – Body and Soul from adults to teens - by pulling out of me the fact that singers need the most help from ages 11 to 25 – when their voices are changing.  With a rewritten snappy, sarcastic style, the new text is now drawing the attention of high-level music professionals."
--Barbara Simon, Author of Singing–Body and Soul 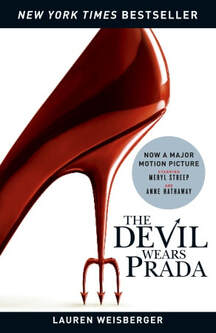 The Devil Wears Prada gives a rich and hilarious new meaning to complaints about “The Boss from Hell.” Andrea Sachs, a small-town girl fresh out of college, lands "the job a million girls would die for" when she's hired as the assistant to Miranda Priestly, the high-profile, fabulously successful editor of Runway magazine. Narrated in Andrea’s smart, refreshingly disarming voice, it traces a deep, dark, devilish view of life at the top only hinted at in gossip columns and over Cosmopolitans at the trendiest cocktail parties. From sending the latest, not-yet-in-stores Harry Potter to Miranda’s children in Paris by private jet, to serving lattes to Miranda at precisely the piping hot temperature she prefers, Andrea is sorely tested each and every day—and often late into the night. She puts up with it all by keeping her eyes on the prize: a recommendation from Miranda that will get Andrea a top job at any magazine of her choosing. As things escalate from the merely unacceptable to the downright outrageous, however, Andrea begins to realize that the job a million girls would die for may just kill her. And even if she survives, she has to decide whether or not the job is worth the price of her soul.

Chosen by People and USA Today as a Great Summer Read 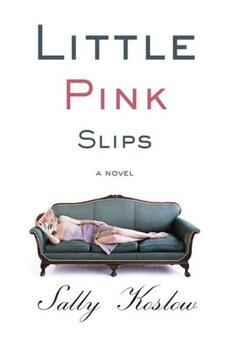 Little Pink Slips, by Sally Koslow
On the towering stilettos of The Devil Wears Prada comes a biting, mordantly funny debut novel about the extremely unladylike business of publishing a very ladylike magazine.

Once there was a little girl from Fargo, North Dakota, named Maggie Goldfarb, who grew up, moved to Manhattan, and morphed into Magnolia Gold, the highly paid editor-in-chief of Lady magazine, with a corner office, a designer wardrobe, and dozens of loyal employees. Then one day, Magnolia is ignominiously replaced by Bebe Blake, a brash television personality who remakes the magazine in her own hilariously inappropriate image. With her ketchup-red hair, skintight clothes, and penchant for boy-toys, Bebe is more out of control than a speeding limo. Shunted off to a back office, Magnolia seethes from the sidelines as Bebe turns her beloved, once-profitable Lady into a sideshow. As things go from bad to worse, Magnolia fears that her career will never recover, but even she can't predict how deeply satisfying her eventual triumph will be.

Inspired by real-life events, Little Pink Slips is a novel about corporate shenanigans at their most flagrant, behind-the-scenes details of the media business in all its malfeasant glory, and one woman's fall, rise and sweet revenge against it all: delicious, can't-stop-reading fun. 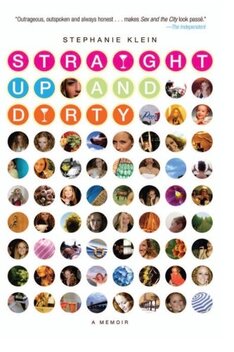 Straight Up and Dirty, by Stephanie Klein
She had every girl's dream: the perfect marriage to the perfect guy in the perfect apartment on the Upper East Side. Marriage fit Stephanie Klein like a glove . . . but unfortunately it fit her husband like a noose. Celebrated bloggist, photographer, and freelance writer Stephanie Klein lets it all hang out in this juicy tell-all tracing her jump back into single life following her divorce. On the dating advice of her therapist, Klein attempts to keep "a pair and a spare" of men always on hand and has lots of bawdy fun along the way. But when the anniversary of the devastating breakup from her "wasband" forces her to revisit what happened, she finds herself wanting more than her therapist's recommended gimmick to keep her emotionally safe.

Straight Up and Dirty demonstrates that the true measure of success isn't what's crossed off life's to-do list. It's having the grace and fortitude to move through change, curls intact and smiling. 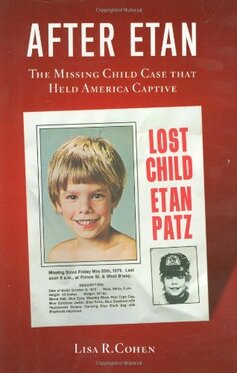 After Etan: the Missing Child Case that Held America Captive, by Lisa Cohen
On the morning of May 25, 1979, six-year-old Etan Patz left his apartment to go to his school bus stop. It was the first time he walked the two short blocks on his own. But he never made it to school that day. He vanished somewhere between his home and the bus stop, and was never seen again. The search for Etan quickly consumed the downtown Manhattan neighborhood where his family lived. Soon afterward, "Missing" posters with Etan's smiling face blanketed the city, followed by media coverage that turned Etan's disappearance into a national story–one that would change our cultural landscape forever.

Thirty years later, May 25 is recognized as National Missing Children's Day, in Etan's honor. But despite the overwhelming publicity his case received, the public knows only a fraction of what happened. That's because the story of Etan Patz is more than a heartbreaking mystery. It is also the story of the men, women, and children who were touched by his life in the months and years after he vanished. It's the story of the agonies and triumphs of the Patz family. It's the story of the extraordinary twists and turns of federal prosecutor Stuart GraBois's relentless pursuit of his prime suspect. From GraBois's creative "outside the box" tactics, to the veteran cop who made his first pedophile bust on a dark Times Square rooftop, to the FBI rookie who cut her teeth chasing the case through the dark recesses of a child molester's mind, this is the story of all the heroic investigators who to this day, thirty years later, continue to seek justice for Etan.

In AFTER ETAN, author Lisa Cohen draws on hundreds of interviews and nearly twenty years of research-including access to the personal files of the Patz family-to reveal for the first time the entire dramatic tale.

​SUCCESS STORIES FROM OUR PITCH CONFERENCES